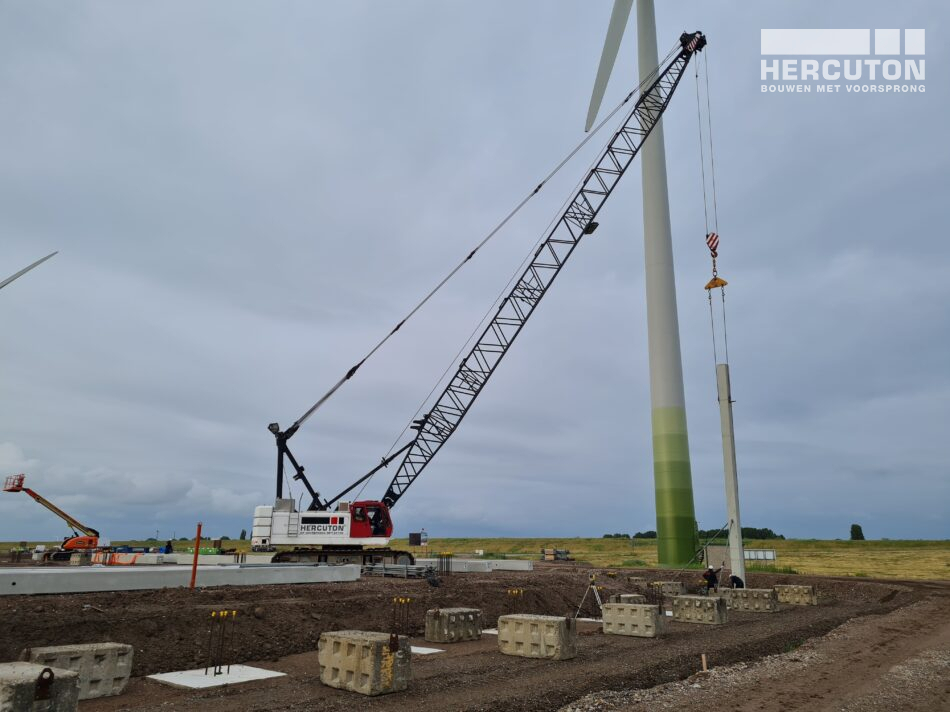 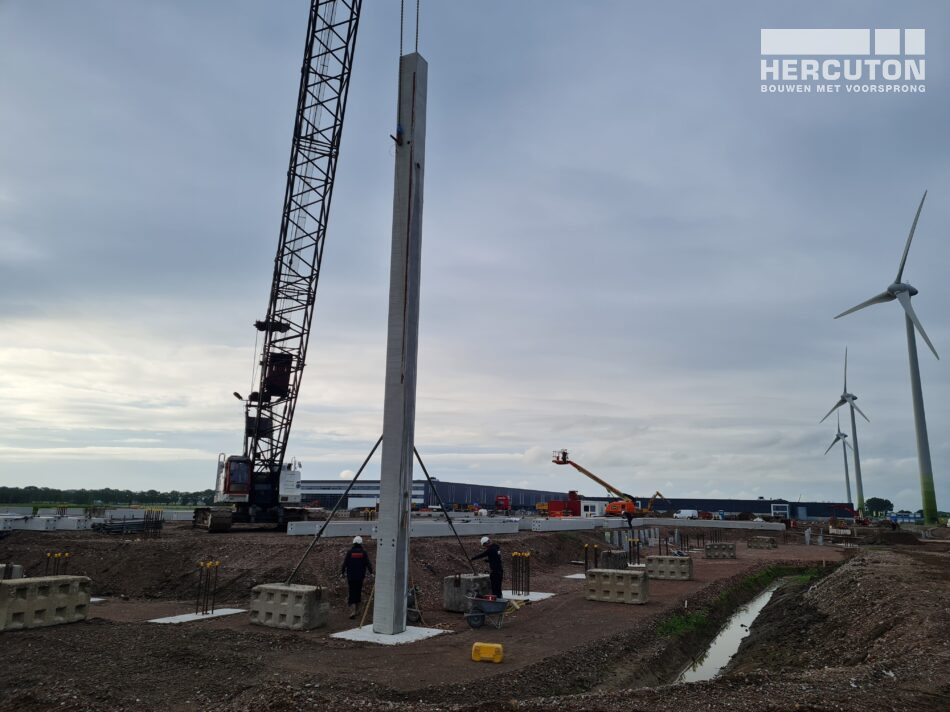 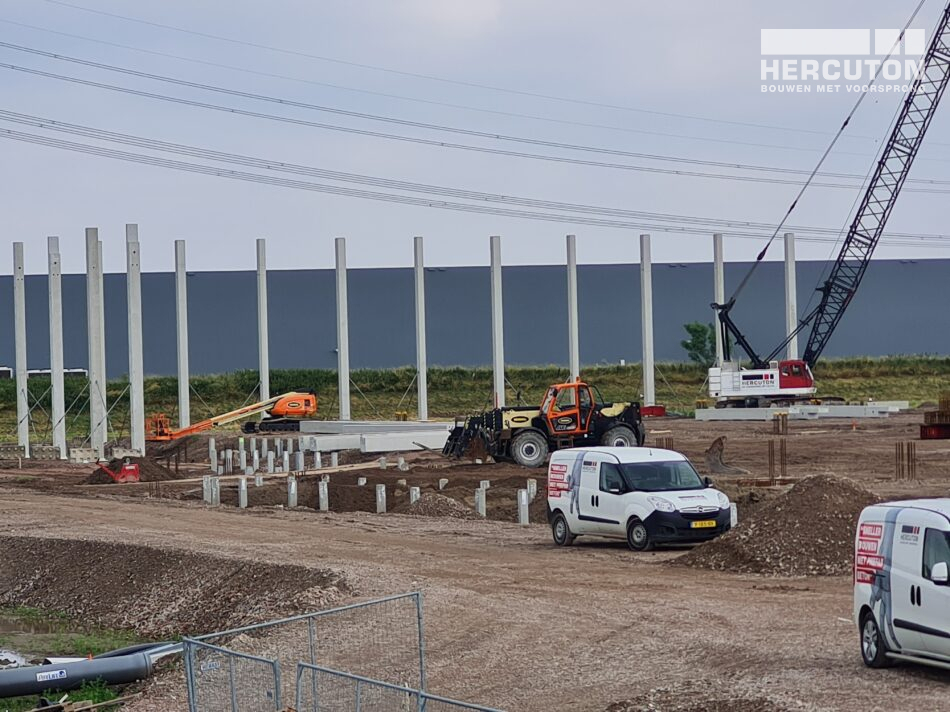 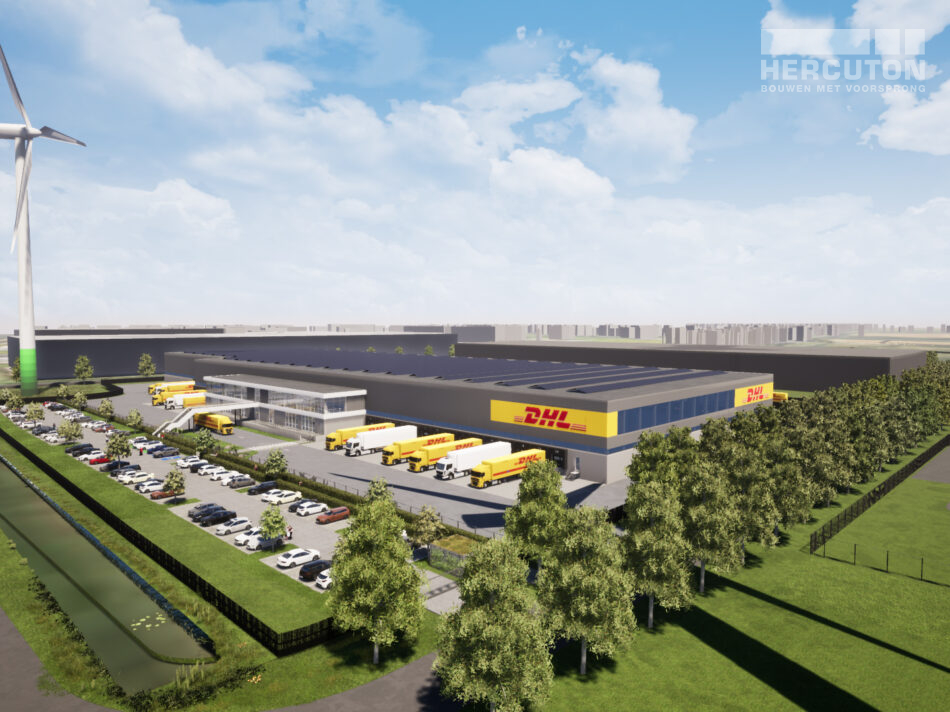 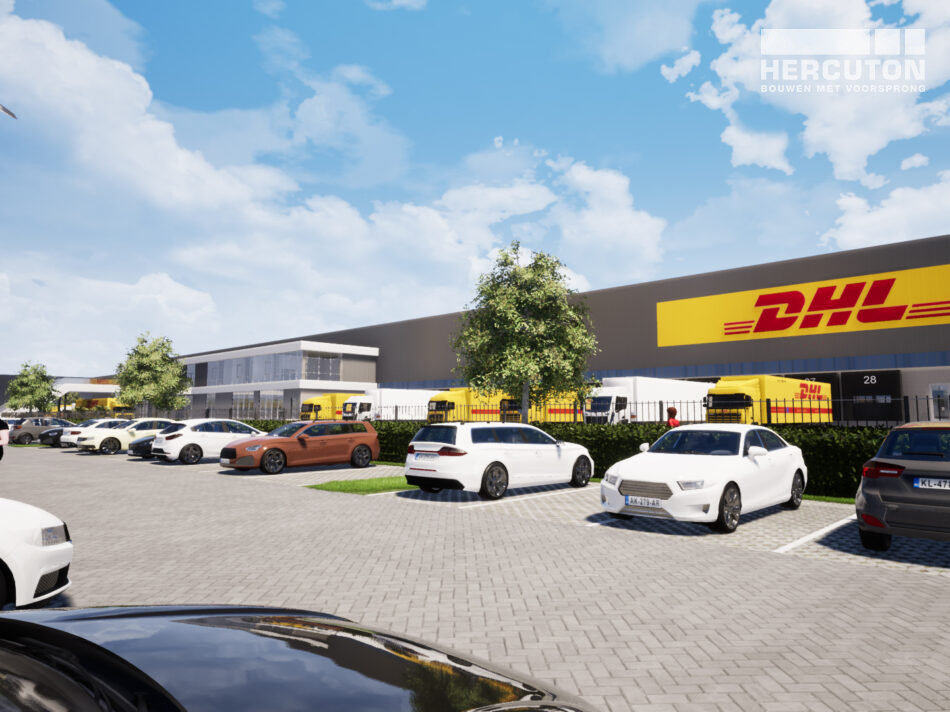 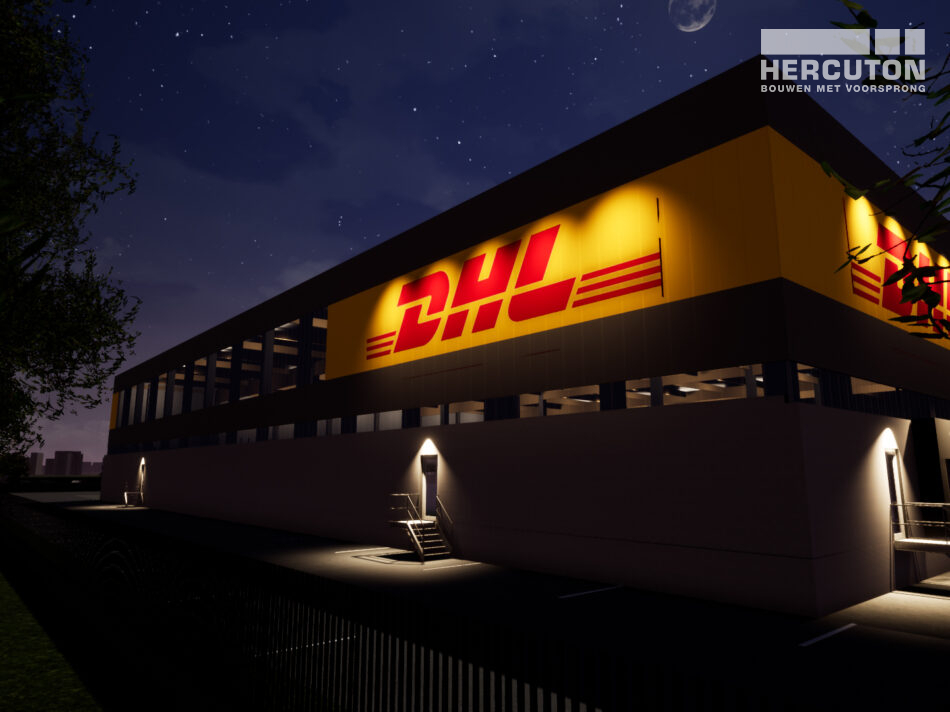 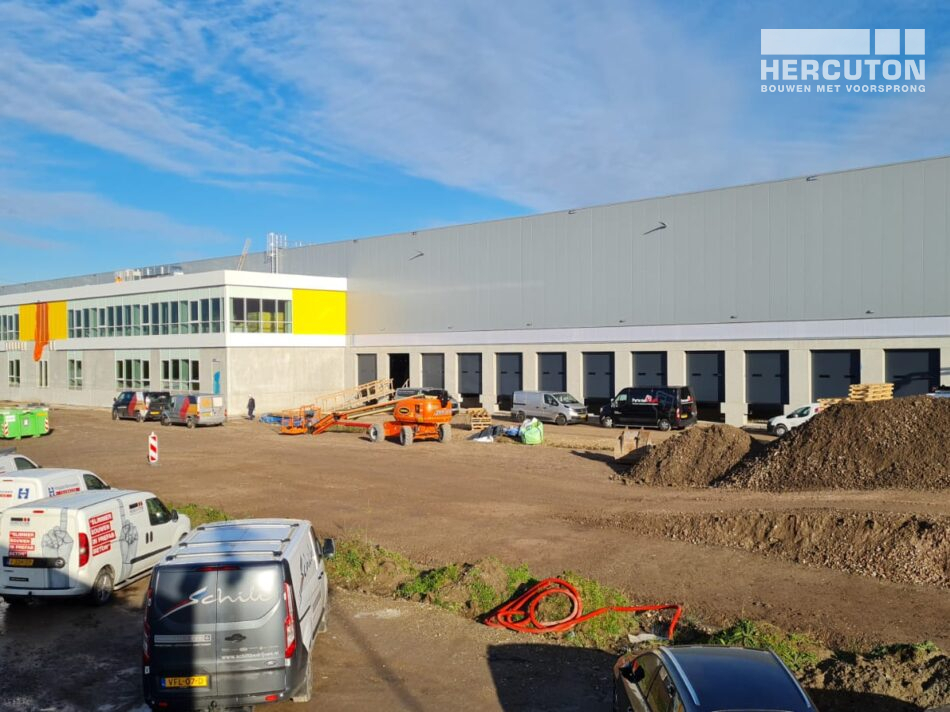 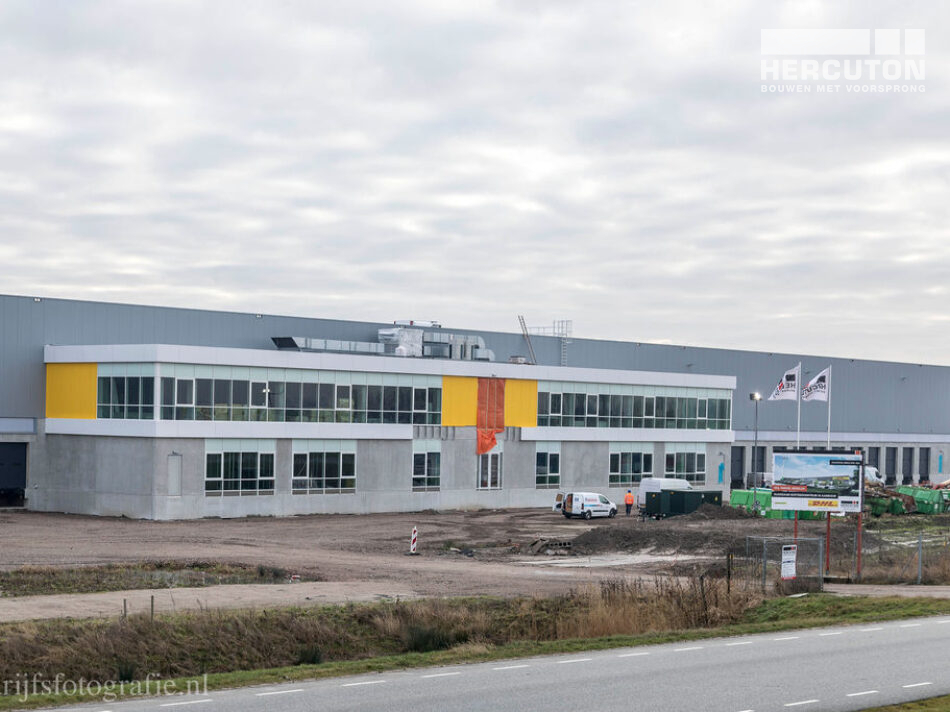 At DistriPark Dordrecht a sustainable sorting center is being built for DHL Parcel Benelux. Earlier Hercuton realized in Zaltbommel the ‘largest and greenest parcel sorting center for the Benelux’ for DHL. This laid the foundation for a long-term cooperation between the two companies.

DHL’s mission is to achieve zero CO2 emissions by 2050. Its real estate also makes an important contribution to this. The sorting center in Dordrecht therefore has a BREEAM Outstanding sustainability ambition. Some aspects that contribute to this are the use of FSC and PEFC wood, the application of laminated wooden trusses and a water storage facility. In addition, the building will be gasless and equipped with solar panels to generate electricity for the LED lighting, electric forklifts and cars and the sorting installation with a capacity of 150.000 packages per day.

The DHL lot measures over 44.000 m² and will accommodate a sorting center of approximately 15.000 m² with 1,370 m² mezzanine and an indoor office space of 1,210 m². The building will have a concrete supporting structure with wooden roof trusses that give the building a friendly appearance inside. This combination was also used at the sorting center in Zaltbommel.

Construction started on schedule in April 2021 and completion will take place in Q1 2022. In order to have the sorting center operational as soon as possible, DHL will already have access to the new building in December 2021. The building will be realized according to the Wkb (Quality Assurance for Building Act). In anticipation of this Act, Hercuton has already realized several large logistics buildings under external quality assurance.

The business park in Dordrecht is now familiar territory for Hercuton. In 2016 the construction company realized a logistics center for Boon Food Group and recently the new distribution center of approximately 50.000 m² for Crocs Europe was completed on behalf of WDP Netherlands.