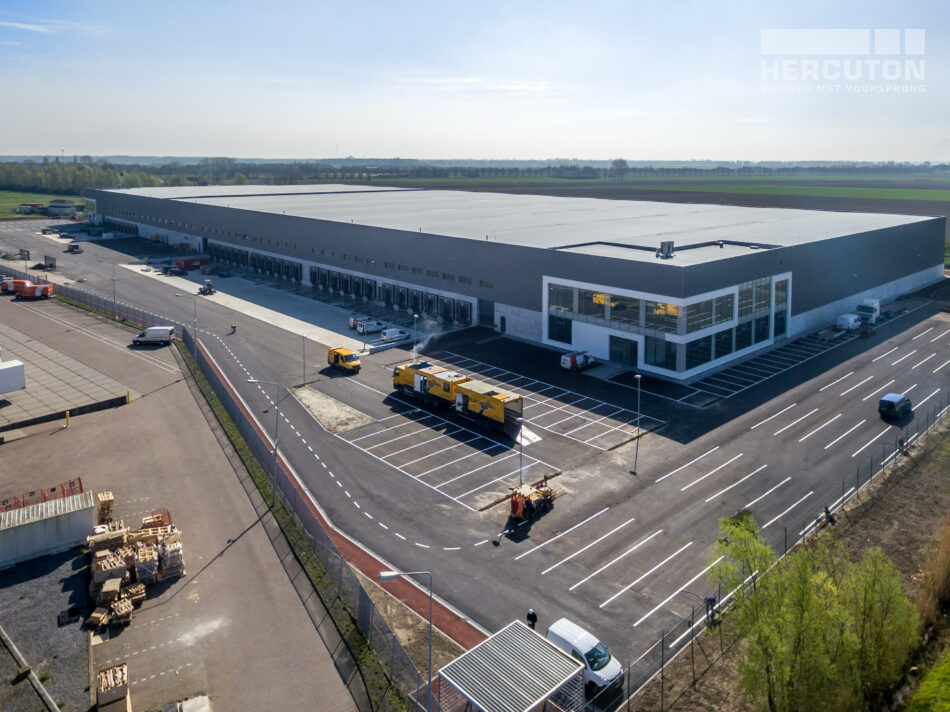 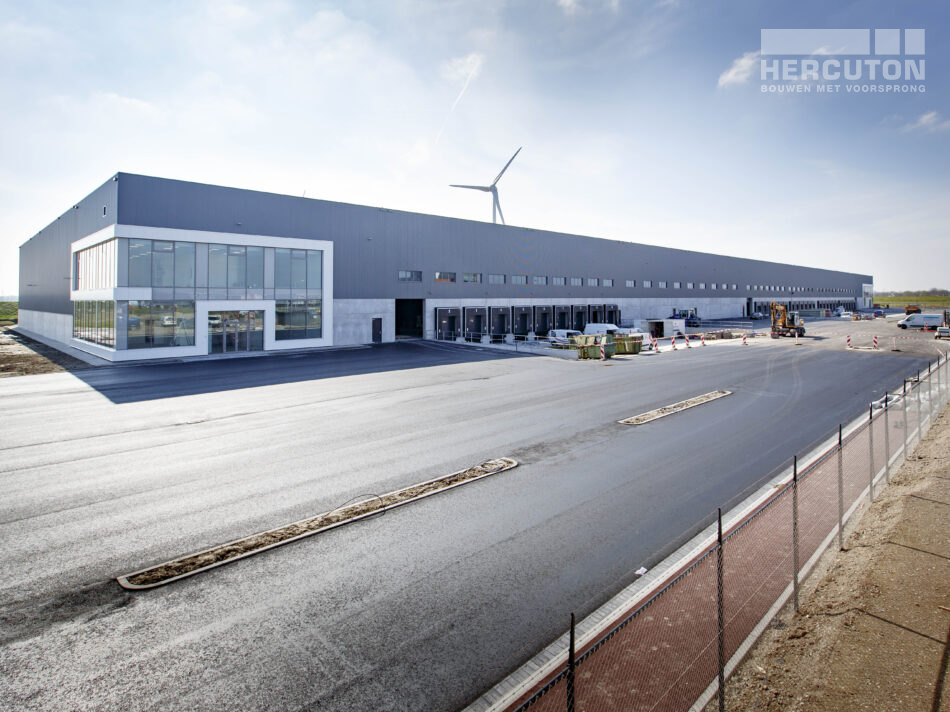 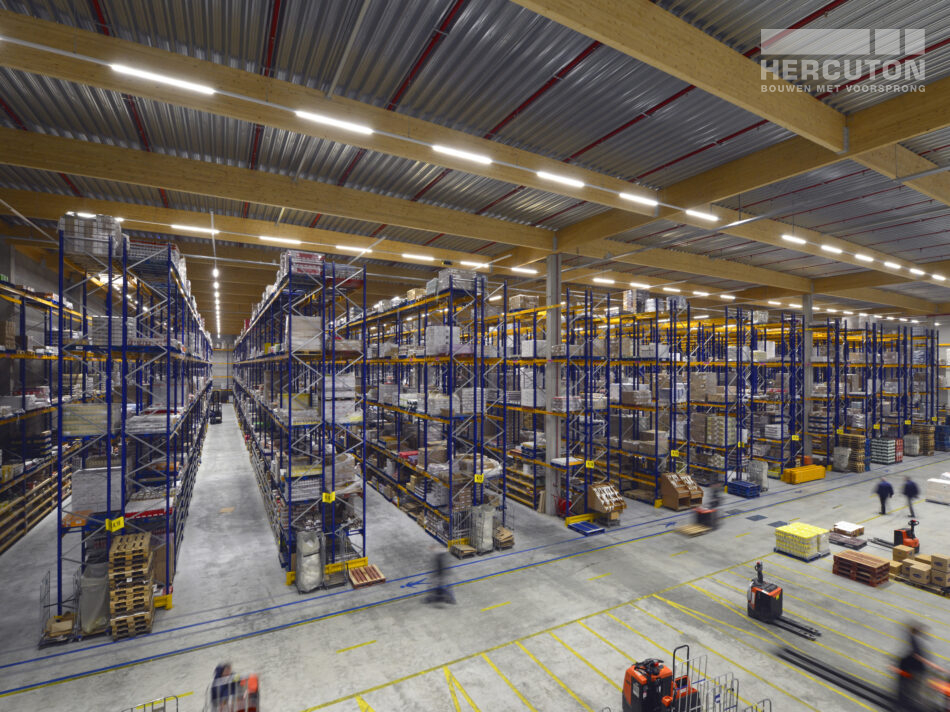 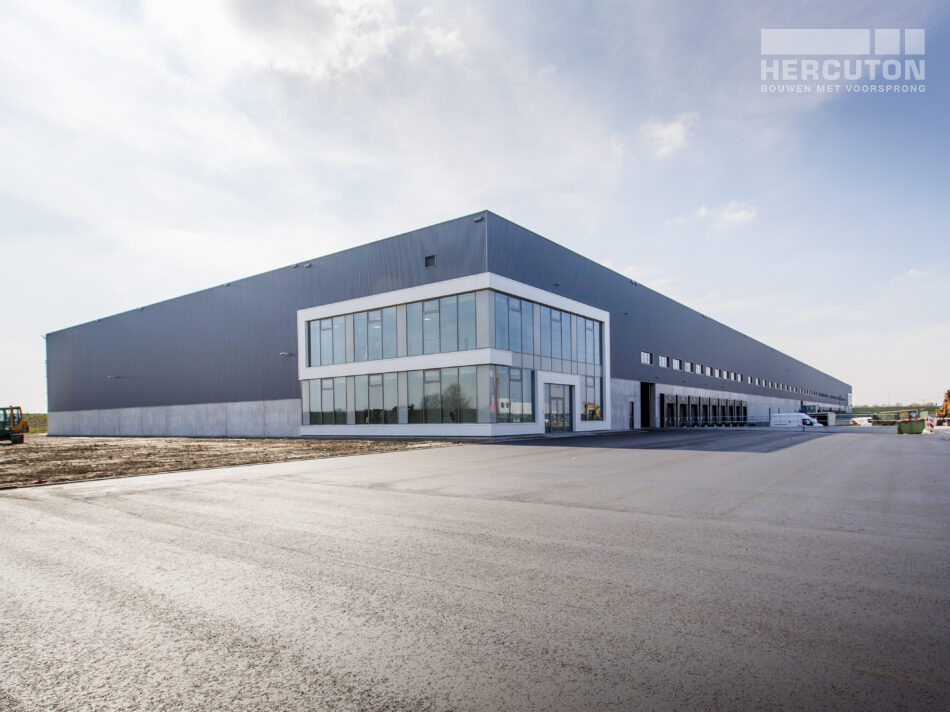 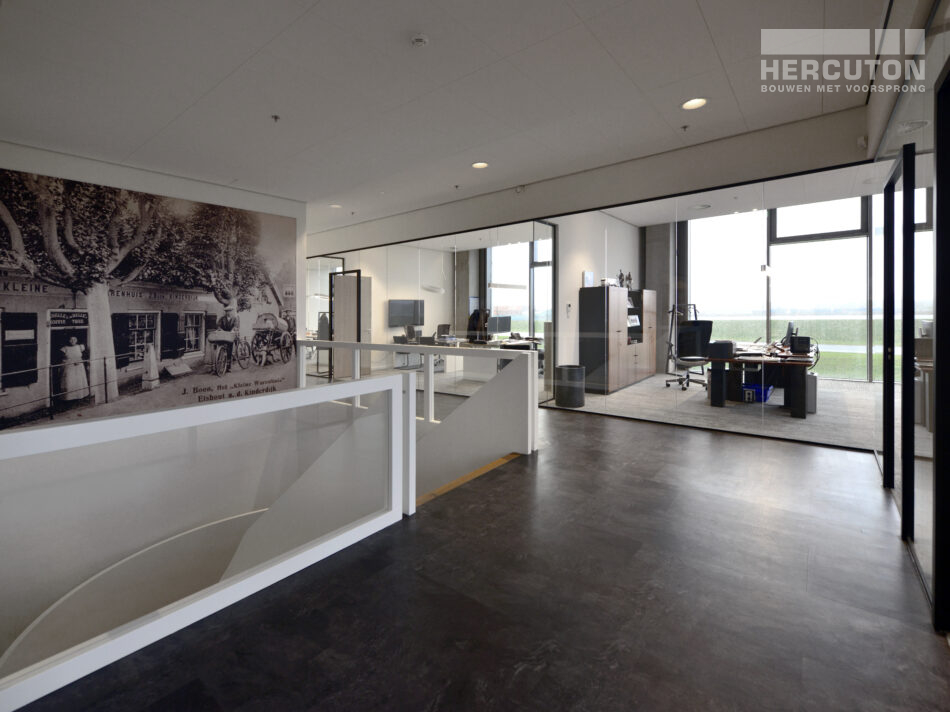 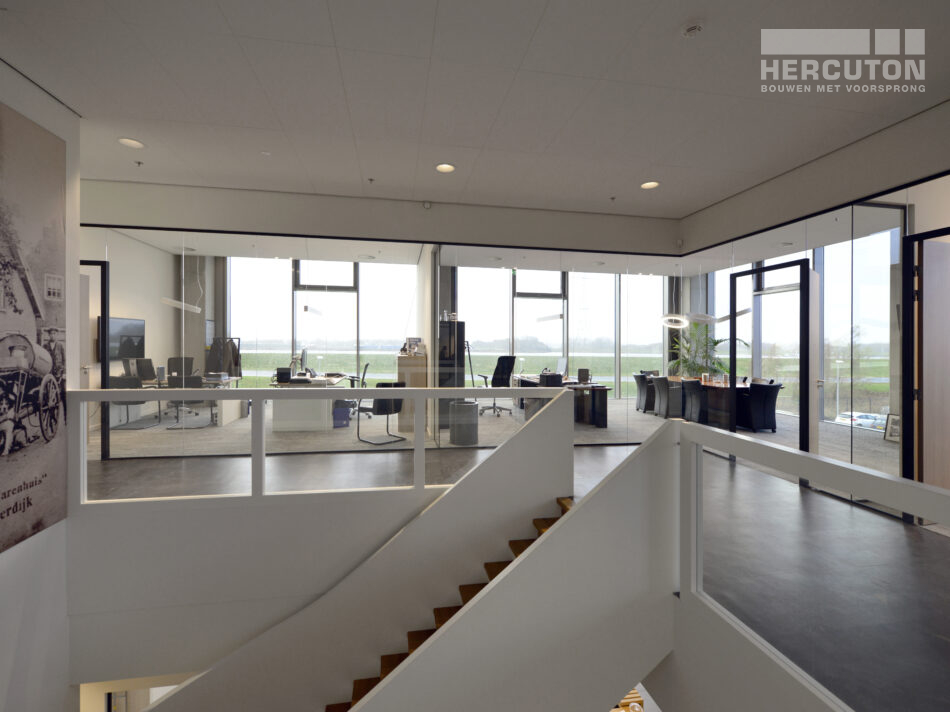 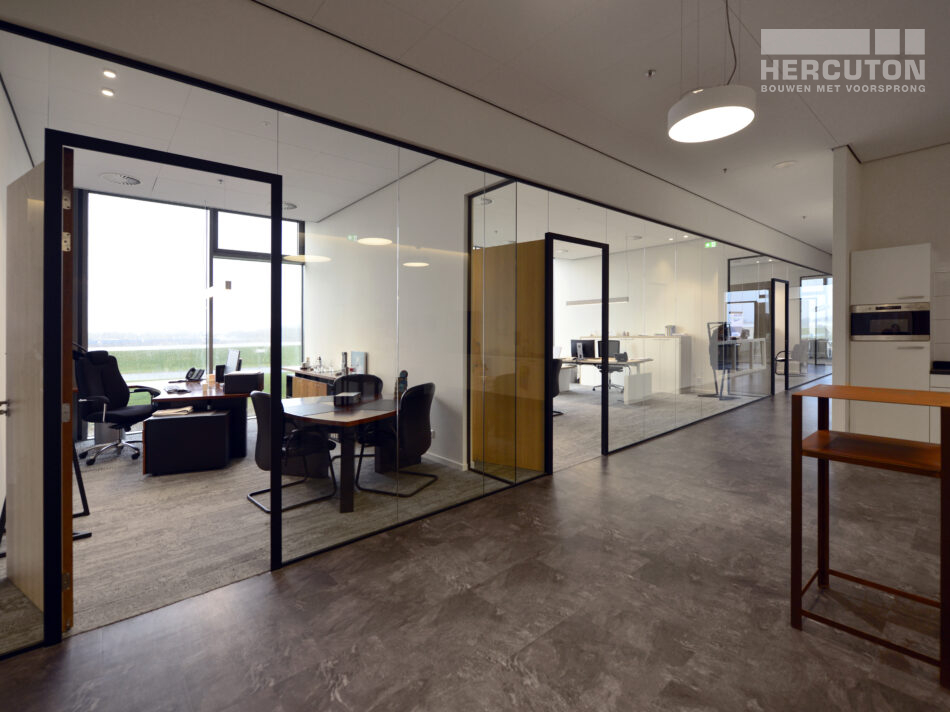 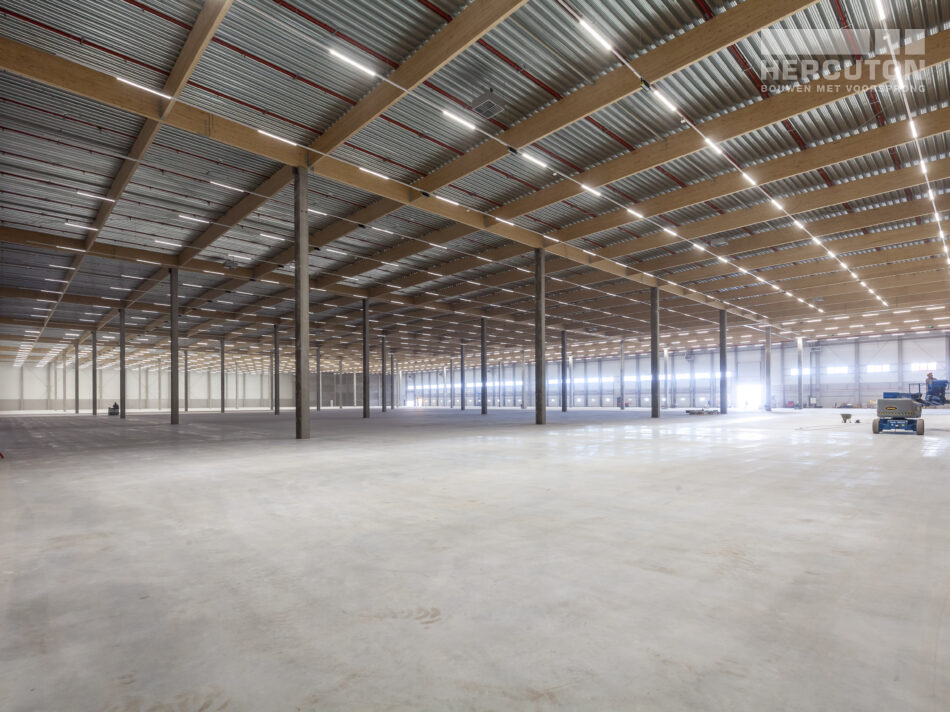 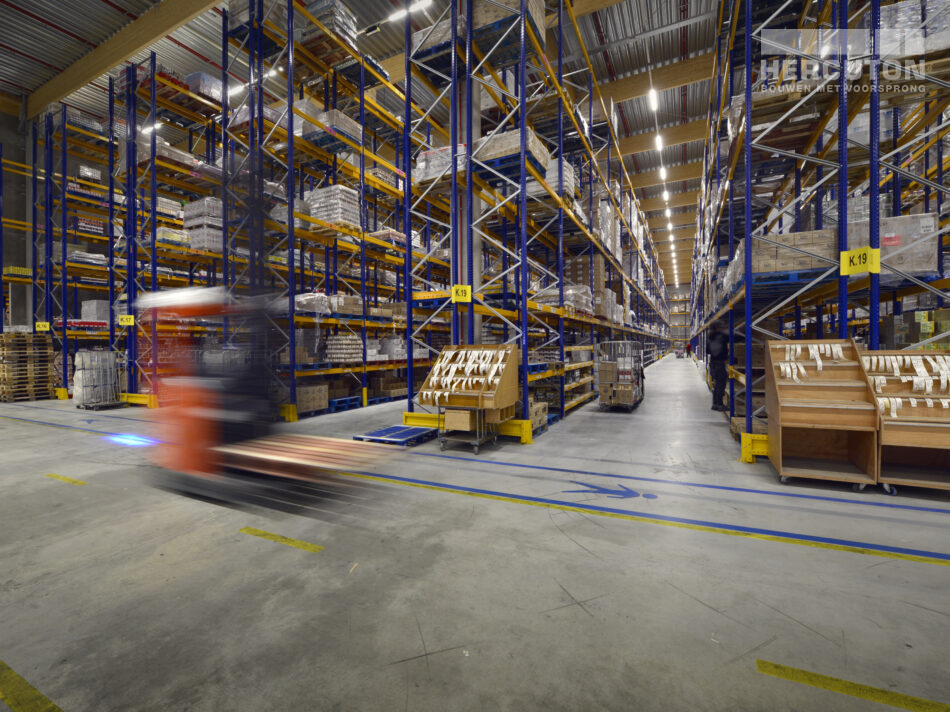 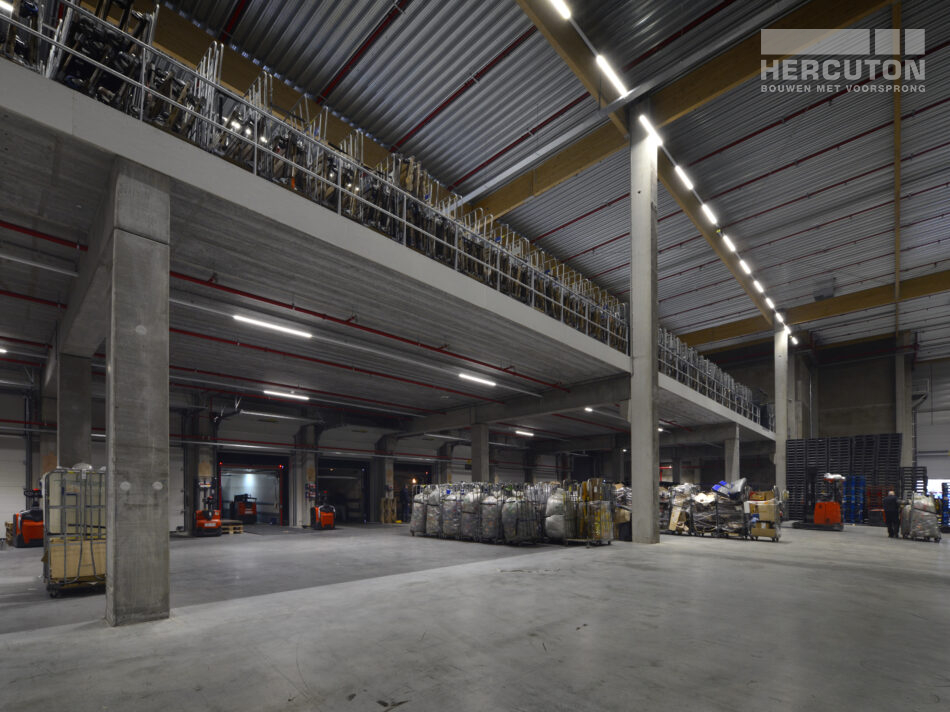 On one of the last large plots of business park Dordtse Kil III in Dordrecht there is a distribution centre of no less than 32,000 m². Hercuton realized the building for the European branch of a world-class investor. The project served as a pilot for the upcoming Quality Assurance for Building Act.

The development was realised in cooperation with Glint Real Estate, Over Engh Vastgoed BV, the Regional Development Company Drechtsteden (ROM-D) and Deal Drechtsteden. Cushman & Wakefield was involved in the project on behalf of the investor. Hercuton Director Ivo van der Mark: “The cooperation between all parties involved went very well. The municipality of Dordrecht and ROM-D also cooperated fully to ensure a quick and smooth handover”.

Over the years, Hercuton has proven to be a reliable and specialist party for projects of this size. Its prefabricated concrete construction concept lends itself perfectly to the realisation of the distribution centre. On the one hand because of the natural properties of concrete: a durable, solid and fire retardant construction material with a high accumulating capacity. On the other hand because of the construction speed. Special about the design are the laminated wooden beams, which gives the distribution centre a friendly appearance. Hercuton delivered the building completely turn-key.

The project served as a pilot for the upcoming Quality Assurance for Building Act (Wkb). Van der Mark: “This project lends itself perfectly to serve as a pilot. With a project sum of several tens of millions, it is large and complex enough to be an example of Hercuton’s integrated approach in design and realisation. The KOMO Risk Model in combination with the TIS scheme has been used as a quality assurance instrument”.

Dordtse Kil 3 is a strategically located business park on the Rotterdam-Antwerp axis. It is one of the most attractive business parks for medium-sized and large companies in the Drechtsteden and the “Greater Rotterdam Area”.

“The fact that Hercuton itself takes responsibility for taking quality assurance to the next level shows how pro-active they are.”
Former Minister Block